Exeter City Council has announced an ambitious plan for a network of Alpine-style cable cars to connect key city sites as an alternative to traffic improvement measures.

Developed by Exeter City Futures, the council’s vehicle for high-concept solutions to the city’s congestion challenges, the plan would see pods carrying up to 30 people each travelling above the streets suspended from cables.

The council said the network of Pods in Exeter’s Sky will extend the city’s Liveable Exeter garden communities brand concept to include its “cheeky little hills”.

The cable car network will boast two lines. The first will run from St. David’s station to the new bus station via New North Road, with stops at the Clock Tower and the prison. A second line, referred to as BS2, will start at the bus station and terminate at Whipton & Pinhoe Labour club.

Stops will take the form of fixed covered platforms at cable level linked to the street by lifts.

The first line is expected to open to passengers in 2032. Final costs have yet to be revealed but a consultant working for Exeter City Futures was confident that the project could be delivered for “somewhere around £1 billion, with no risk at all to the council’s finances”.

The network of Pods in Exeter’s Sky will extend the city’s Liveable Exeter garden communities brand concept to include its “cheeky little hills”. Photo: Diego Baravelli under Creative Commons license.

A council spokesperson said: “Exeter is a world-class city that needs a world-class public transport system. After decades of inaction by Devon County Council, the so-called local transport authority, it’s time for the people of Exeter to let rhetoric go to their heads.

“Liveable Exeter is more than just a property development programme. At its heart it is about community, well being and gambling with public land and money.

“Exeter City Council is about to open a swimming pool which cost the city just £44 million. St. Sidwell’s Point demonstrates that money is no object when delivering the world-class facilities demanded by Exeter residents.

“The same community-driven value for money approach has been applied to this exciting new transport project, which will make a major contribution to achieving the city’s net zero 2030 target while generating untold economic benefits for the area.

“It is the perfect sustainable transport solution for Exeter, even though nobody had heard about it before today, and will provide the infrastructure needed to attract wealthy incomers from the South East and improve their quality of life.”

The council is planning a special season of musicals to promote the new cable car network, with tie-ins to established Exeter attractions. Image: ClaraDon under Creative Commons license.

Council leader Phil Bialyk said: “Exeter City Futures has helped the Labour-led city council understand that the way to get things done in Exeter is to deliver the Conservative government’s policies.

“Inspired by the hugely successful Thames cable car crossing, we’ve been working behind the scenes for nearly five years to bring this idea to fruition.

“Exeter residents will be given ample opportunity to have their say about our plans, kicking off with a public consultation inviting people to name each of the pods after their favourite pie.

“Pasties will be prohibited because of their links with Cornwall.”

We'll send you summaries every few weeks keeping you up to speed with our independent public interest journalism.

We'll keep you informed about issues that matter like challenges to local democracy, spatial development and our city's response to the climate crisis.

A spokesperson for Exeter City Futures said: “Exeter has a vision for growth as a cable car-connected city of thriving communities linked by high wires in an exceptional setting.

“Liveable Exeter Place Board approved the plans on behalf of the city last year. Councillors will be invited to rubber stamp the board’s decision at a later date.

“Project delivery is expected to begin shortly, with the necessary Transport & Works Act order to be confirmed by 1 April 2023.” Do Exeter election leaflets stretch the truth and make promises that don't get delivered?

Help us hold candidates to account across the city by sending in campaign materials so we can factcheck them and test election pledges against what actually happens. 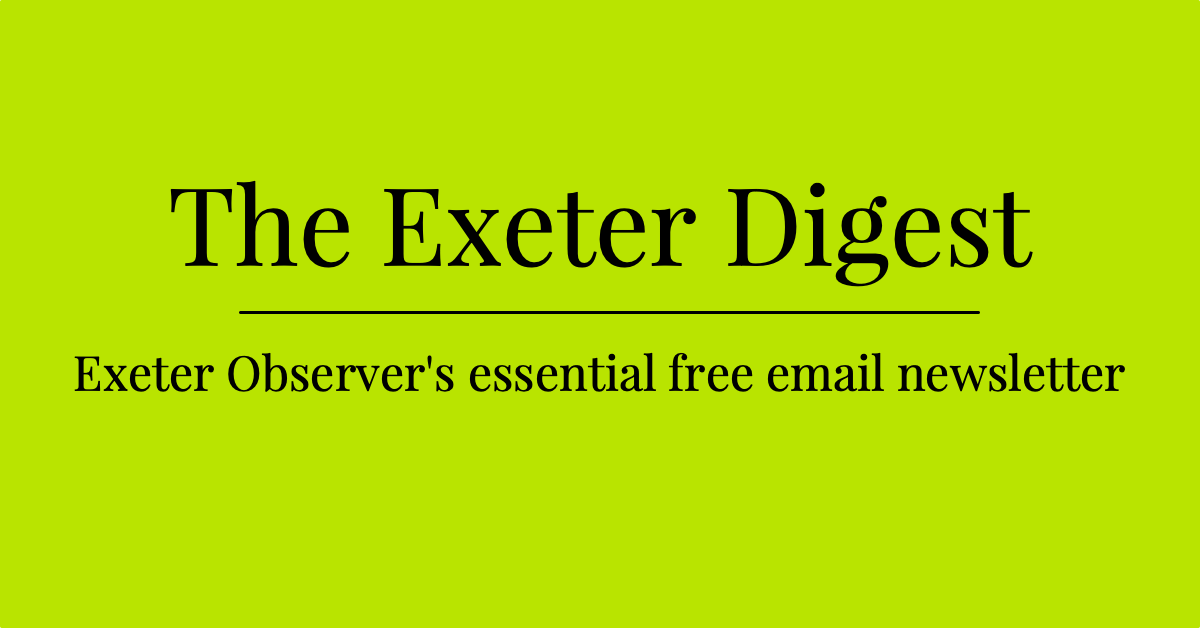 In the first edition of our new email newsletter we introduced our format and brought subscribers up to date with our coverage over the past couple of months.

Initiative of more than 460 media organisations around the globe aims to increase circulation of climate coverage by uniting the global press around reporting the climate crisis.

Our essential newsletter also includes a selection of community and culture events and signposts our briefing on the new Exeter Local Plan.

We'll send you summaries every few weeks keeping you up to speed with our independent public interest journalism.

We'll keep you informed about issues that matter like challenges to local democracy, spatial development and our city's response to the climate crisis.

A consultation on the outline draft version of the new Exeter local plan, which will guide development in the city until 2040, is currently taking place.