The UK government has become increasingly vocal in its support for electric cars, extolling them as the carbon-free future of personal mobility. And the motor vehicle industry has used its financial resources and political power to sell the same message for several years.

We could be forgiven for believing that electric cars are the answer to fully decarbonising travel and creating a better future. But do they really solve the low carbon transport challenge? Even a cursory glance is enough to see that a wholesale transition to electric vehicles would fall far short of the future we need to create for ourselves and our children.

First, few people can afford electric vehicles. They remain a privilege for those that can. However once purchased they’re cheap to run, so there’s less incentive not to make every journey by car. The economics of recycling used vehicle batteries and inevitable changes in how car journeys are taxed nevertheless makes buying an electric vehicle far from a sure bet for the future.

More importantly, the world can’t afford them. Electric vehicle manufacture is carbon intensive (far more so than for fossil fuel cars) and their batteries require the use of scarce materials which are mined and smelted in remote locations where environmental and labour standards are often low. As electric vehicle sales surge, their environmental and social impact will surge too.

Replacing combustion engines with electric motors may be a small part of the future but it will do nothing to make it safer for our children to navigate our world by themselves, nothing to prevent the deaths of the five people who are killed on our roads every day, and nothing to disrupt the obesity-inducing design of our towns and cities. Transporting a single person weighing 75 kilos in a vehicle that weighs two tonnes is not a wise use of resources.

It will do nothing to reduce the congestion cars create when driven, nor free up the valuable space they use when parked. It will not help the one in four households who don’t own one. And it will not eliminate the lung-clogging particulates from tyres, brakes and road wear that make up a significant proportion of the particle emissions from all cars, however they are powered.

Is all this cause for despair? It might be if there weren’t already a machine that helps fight climate change, which is already owned by many and used by children and adults, disabled and non-disabled alike. A machine that doesn’t kill dozens of people every week. A machine whose lightweight design doesn’t damage roads and so doesn’t waste £40 million each year on pothole repairs in Devon alone.

You already know what this machine is, and have probably already used one: the bicycle. The majority of car journeys are under five miles: just half an hour by bike, powered by little more than a slice of toast and a piece of fruit.

The news from COP26 has brought fresh reminders of the existential crisis we face, and highlighted how dramatically we must change the ways we travel and heat our homes. Listening to speeches from the Glasgow conference it can be difficult to feel positive about our prospects. However this does not mean we cannot create the future we and our children need.

What would this future look like? One in which we’ve decarbonised travel by enabling people of all ages to move efficiently, cleanly and safely without reliance on fossil fuels. One in which our highways are equitably shared by people travelling by foot, scooter, wheelchair, bike or bus. One in which the dominance of cars on our streets has been reversed. This is the clean, safe, fit and friendly city that Exeter Cycling Campaign is working towards.

As campaigners we often hear “I don’t cycle because it’s not safe”. But, increasingly, cities across the UK are finding ways to improve cycling safety. Measures including creating protected cycle paths alongside busy roads, removing through traffic from residential areas and introducing reduced traffic speeds (why is 20mph not yet the default in Devon?) all contribute to the creation of an environment where children and adults can switch their everyday, short journeys to walking, scooting or cycling.

Recently there has been pushback in Exeter against modest changes that enable safe, low carbon travel. One councillor argued that minor inconvenience for a few drivers should be prioritised over safer journeys for school children, a view that has no place in a forward-looking society. The changes we must embrace to help decarbonise our lives will not only help to avert the worst consequences of climate change, they will also help create a better world for all of us.

We have a generational opportunity to change our communities for the better: let’s not mess it up. Let’s not be seduced by the motoring lobby into accepting the fallacy that electric cars are the only answer. Instead let’s embrace a transition away from cars towards active travel. We’ll be a healthier and happier society if we do.

And, yes, for those who are unable to walk, scoot, cycle or take the bus, our city will be a better place in which to drive their electric cars too.

Mike Walton is Chair of Exeter Cycling Campaign, a charity which promotes safe, convenient cycling in and around Exeter. 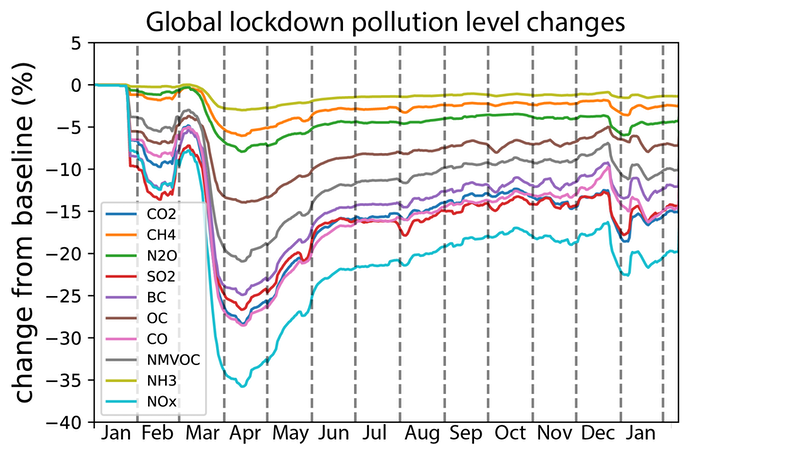 A leading climate scientist's perspective on what the community has learned over the past year about the interactions between the pandemic and the current and future global climate.

All Analysis
The Exeter Digest