Wealthy countries risk an “unforgivable lost opportunity” by not emerging from the COVID-19 pandemic with newly green economies to address the climate crisis, the United Nations secretary general has warned.

Ahead of meeting with the leaders of the world’s major economic powers at the G7 summit in the UK, António Guterres said he was concerned that the richest nations have pumped billions of dollars more into fossil fuels than clean energy since the pandemic, despite their promises of a green recovery.

“I’m more than disappointed, I’m worried about the consequences,” Guterres told the Guardian at the UN headquarters in New York, as part of a Covering Climate Now consortium of interviews alongside NBC News and El Pais. “We need to make sure we reverse the trends, not maintain the trends. It’s now clear we are coming to a point of no return.

“To spend these trillions of dollars and not use this occasion to reverse the trends and massively invest in the green economy will be an unforgivable lost opportunity.”

A recent analysis showed the G7 countries – the UK, US, Canada, Italy, France, Germany and Japan – have committed $189 billion to support oil, coal and gas, as well as offer financial lifelines to the aviation and automotive sectors, since the outbreak of the coronavirus. This is more than $40 billion more than has been directed towards renewable energy.

Several leaders, including the British prime minister, Boris Johnson, and the German chancellor, Angela Merkel, have stressed the need for the climate crisis to be central to the COVID recovery, with various cities around the world ushering in cyclists and pedestrians to streets previously dominated by cars.

But while the G7 countries have agreed to stop the international financing of coal, the world’s wealthiest nations are pouring billions of dollars into developing gas, another fossil fuel, in the global south at a rate four times that of finance supporting wind or solar projects. With economies starting to reopen, planet-heating emissions are expected to jump by the second biggest annual rise in history in 2021, according to the International Energy Agency.

Guterres said he welcomed the G7 commitment as “many countries are still addicted to coal” but that much more needed to be done in what he called a “make-or-break year” that will be rounded off by crucial UN climate talks in Scotland in November.

“We need to abolish subsidies to fossil fuels, this is a central question,” he said. “We have to look at the real costs that exist in the economy, which means a price on carbon. If we do these things, many of the investments made to fossil fuels in the recovery phase will obviously not be profitable. They will be stranded assets with no future.”

A key priority for the UN secretary general at the G7 summit will be to press leaders on the contentious issue of climate finance. As part of the landmark Paris climate agreement in 2015, rich countries agreed to provide $100bn a year to developing countries to help them adapt to the damaging flooding, drought, heatwaves and other impacts of the climate crisis.

This money has never been delivered in full, however, and Guterres said it will be “impossible” to effectively deal with the climate crisis without assistance for poorer countries. He said the G7 will need to deliver the money to “rebuild trust” with developing nations.

“The $100 billion is essential,” said the secretary general. “Climate action has until now been centred on mitigation, on reducing emissions. But developing countries have huge problems in adaption from the existing impacts of climate change.”

Guterres said he was hopeful that Joe Biden will be able to mobilise other countries to meet commitments on climate aid as the US continues its reintegration into international climate diplomacy following the presidency of Donald Trump.

But the US has “a lot of catching up to do”, said Saleemul Huq, director of the International Centre for Climate Change and Development in Bangladesh. “Biden doesn’t get a free pass because it’s the US that caused the damage. If you fail to deliver for the rest of the world that will be our problem and it will come back to bite you.”

Scientists recently warned that the world could breach, albeit temporarily, the 1.5°C average temperature increase limit set out in the Paris agreement within the next five years. Guterres, however, said it’s “not only possible, it’s necessary” to strive to avoid global heating above this threshold, beyond which disastrous climate impacts are expected.

“We still have time, but we are on the verge,” he said. “When you’re on the verge of the abyss, you need to make sure your next step is in the right direction.”

This story originally appeared in The Guardian and is republished here as part of Covering Climate Now, a global journalism collaboration strengthening coverage of the climate story. 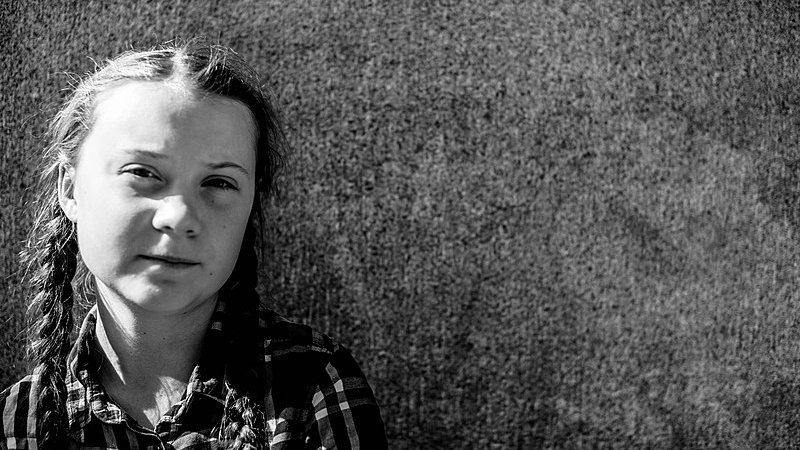 Greta Thunberg calls on world leaders for honesty at COP26

An interview with climate activist Greta Thunberg on the eve of the COP26 summit published in partnership with Covering Climate Now, a global media collaboration. Is EU membership essential to our ability to deal with the climate emergency?

Molly Scott Cato, Green Party MEP for the South West, visited Exeter during her re-election campaign to explain why the EU and its Green Group is leading the way on a wide range of progressive policies. Jemima Moore is a 36 year-old part-time primary school teacher and mother of two young children with little political experience. So why has she decided to stand for election to Exeter City Council on 2 May?