A guide to help potential contributors develop their skills.

If you are considering contributing to Exeter Observer please see our contributors guide.

Access to local authority meetings and documents and reporting rights

Schedule 12A to the Local Government Act 1972

“The Government has not seen any evidence that publishing details about contracts entered into by local authorities would prejudice procurement exercises or the interests of commercial organisations, or breach commercial confidentiality unless specific confidentiality clauses are included in contracts.

“Local authorities should expect to publish details of contracts newly entered into – commercial confidentiality should not, in itself, be a reason for local authorities to not follow the provisions of this Code.

“Therefore, local authorities should consider inserting clauses in new contracts allowing for the disclosure of data in compliance with this Code.”

“Where information would otherwise fall within one of the exemptions from disclosure, for instance, under the Freedom of Information Act 2000, the Environmental Information Regulations 2004, the Infrastructure for Spatial Information in the European Community (INSPIRE) Regulations 2009 or fall within Schedule 12A to the Local Government Act 1972 then it is at the discretion of the local authority whether or not to rely on that exemption or publish the data.

“Local authorities should start from the presumption of openness and disclosure of information, and not rely on exemptions to withhold information unless absolutely necessary.”

NB the government announced a review of local authority financial reporting in July 2019.

Guides covering other Exeter regional policy and practice areas are also being prepared.

City council elections take place on Thursday 5 May. Our essential guide highlights who's standing where, wards to watch and what the results might look like and mean. We also outline their context and explain when, where and how to vote. 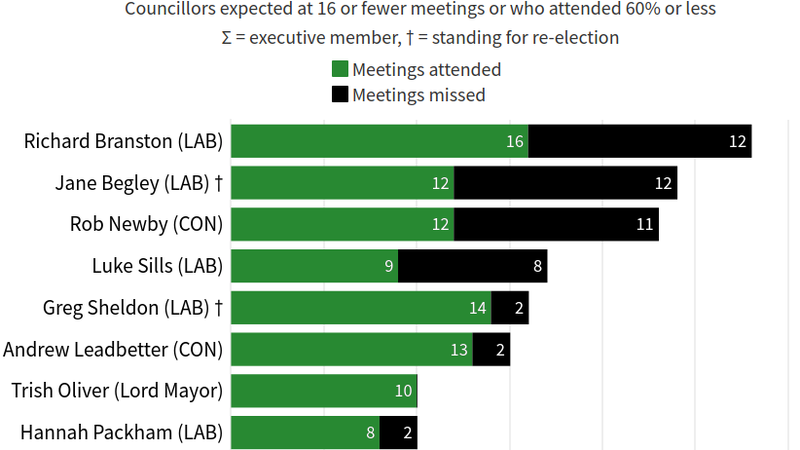 As part of our 2022 Exeter local elections coverage we have assessed the past year's attendance figures for public council meetings as a measure of councillor commitment to their constituents.

Support our work
All topics