EXETER CITY FUTURES published the agenda for its last board meeting on 30 January, two months after the meeting was held. It says it is “committed to being completely transparent and open about the things that are discussed at board meetings”. No minutes were included.

DEVON COUNTY COUNCIL is not making sufficient progress with its children’s services since they were judged inadequate in January 2020 according to the latest Ofsted monitoring report which found that key areas still require significant change and serious issues remain.

The opening of MARSH BARTON RAILWAY STATION has been delayed yet again, to “this spring”, putting project completion more than six years behind schedule.

EXETER CHIEFS rugby club has reintroduced its offensive “tomahawk chop” chant during games at Sandy Park, where it is being played over the PA system, despite seeking to rehabilitate its reputation after a long-running controversy over its misappropriation of indigenous and Native American imagery.

Meanwhile the club’s application to EXETER CITY COUNCIL to vary the stadium’s license to enable it to become a music venue as well as host to boxing, wrestling, theatre and films is to be decided at a meeting on Monday 30 January.

The UNIVERSITY OF EXETER has submitted detailed plans for its 1,700 bed West Park redevelopment of 50,000m2 of student accommodation. They include ten storey blocks which are two storeys taller than agreed when outline permission was granted in May 2021.

EXETER CITY COUNCIL has again breached local government transparency legislation by failing to give required notice of its intention to hold an Executive meeting in private.

Devon LEVELLING-UP round two funding has been announced, with Exmouth Gateway and a maritime research centre in Appledore to receive £16 million each and £13.5 million for a new railway station on the eastern edge of Okehampton to be called Okehampton Parkway.

EXETER CITY COUNCIL has collected thousands of council tax payments that were due on 25 January nine days early. It has refunded the payments and confirmed it will reimburse those who have have incurred bank charges as a result of its error on application.

EXETER CITY COUNCIL has cancelled a planning committee meeting that was expected to approve controversial developments including 350 dwellings at St Bridget horticulture nursery on Old Rydon Lane and a 26-bed student accommodation block on Howell Road after failing to inform objectors that the meeting was taking place.

DEVON COUNTY COUNCIL approved revised proposals to make active travel infrastructure in Queen Street permanent at a meeting on 16 January. They include a reduction in footway width and increase in carriageway width, compared with previous proposals, to enable the reintroduction of two-way motor traffic. The revised scheme does not provide any cycling infrastructure but does include a new loading bay which will be set into the pavement.
The same meeting approved a 700-metre £1.55 million cycling infrastructure scheme on Rifford Road. It will not impede motor vehicle movement but will entail the removal of sixteen parking spaces.

LIBRARIES UNLIMITED has become the latest local organisation to launch a lottery in order to raise funds for public service delivery.

EXETER CITY LIVING is consulting on proposals to redevelop the Exe Water Sports Association site at the head of Exeter Ship Canal, which includes the Ride On headquarters and the boat yard. Responses are invited until 27 January.

Proposals to convert a 3,000m2 five storey office block on New North Road known as BEAUFORT HOUSE to a 107-bed student accommodation facility have been submitted to the city council for approval.

The MET OFFICE has confirmed that 2022 was the world’s sixth warmest year since 1850, and the ninth in succession in which global average temperatures have equalled or exceeded 1.0°C above pre-industrial levels. It also forecast that 2023 will be the tenth consecutive such year.

Revised proposals to develop a student/co-living complex on the site of HEAVITREE ROAD POLICE STATION AND MAGISTRATES’ COURT have been submitted to the city council for approval at a meeting on 20 February. The scheme’s eighth design iteration provides 964 rooms and reduces overall building heights by “up to one metre”.

EXETER CITY COUNCIL figures show low levels of attendance at councillor training sessions – fewer than half attended a local plan briefing and only a quarter turned up for a communications session – but near 100% participation in junkets at parks and waterways.

EXETER CITY COUNCIL will have to make net savings of £3.835 million next year and reduce its reserves to a minimum despite an increase in central government funding according to 2023-24 budget proposals.
Repairs and maintenance of council-owned property will be cut back significantly, resulting in further degradation and closure risks, but a £10.6 million loan to Exeter City Living will go ahead.

The council’s executive committee has agreed to postpone delivery of the 2023-24 EXETER CITY LIVING business plan until a fortnight after the financial year to which it applies begins – five months late – to allow time to appoint contractors for the first phase of the council-owned company’s long-delayed Vaughan Road development.

The OFFICE FOR NATIONAL STATISTICS has published new local authority-level education statistics which show level four qualification attainment among Exeter residents at less than half the rate in the highest scoring area.

The OFFICE FOR NATIONAL STATISTICS has also published new local authority-level housing statistics which show lower levels of social housing and owner occupation in Exeter than across England and Wales, and much lower levels of renewable energy-powered domestic heating systems.
It also found that Exeter has the third highest proportion of people who used a second address in the UK after Oxford and Cambridge, reflecting the city’s very high student population levels.

The MET OFFICE has confirmed that 2022 was the UK’s hottest year on record and that climate change made its 10°C-plus average temperature around 160 times more likely.
An accompanying study concluded that what would have been a 1-in-500 year temperature in a natural climate is now likely every three to four years.

£1 million works to make a temporary MAGDALEN ROAD ONE-WAY SYSTEM permanent despite decisive public support for a low traffic street have begun. They are expected to take around four months to complete.

DEVON COUNTY COUNCIL is to receive a £580,000 share of a £32.9 million government grant intended to create a “national network of active travel experts” to support the development of cycling and walking infrastructure. 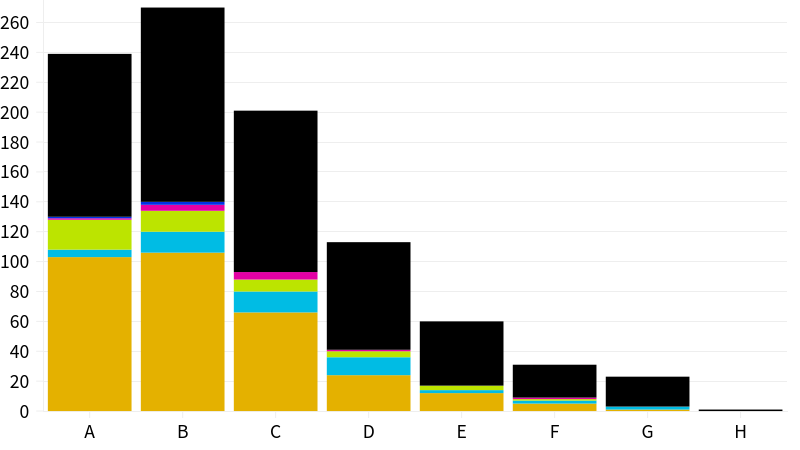 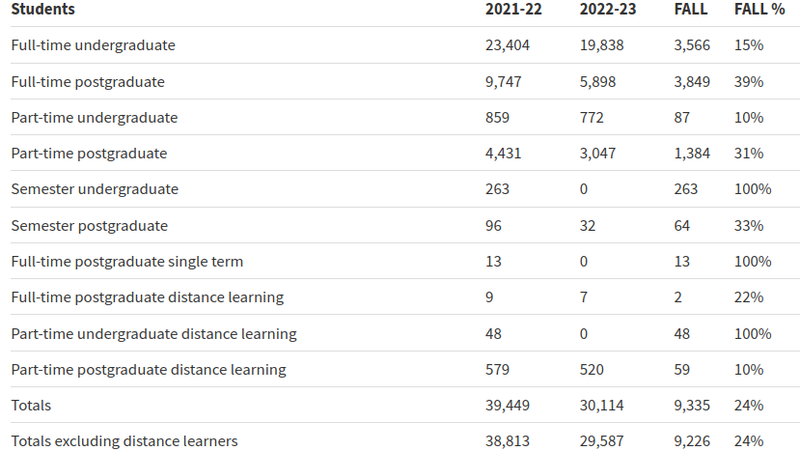 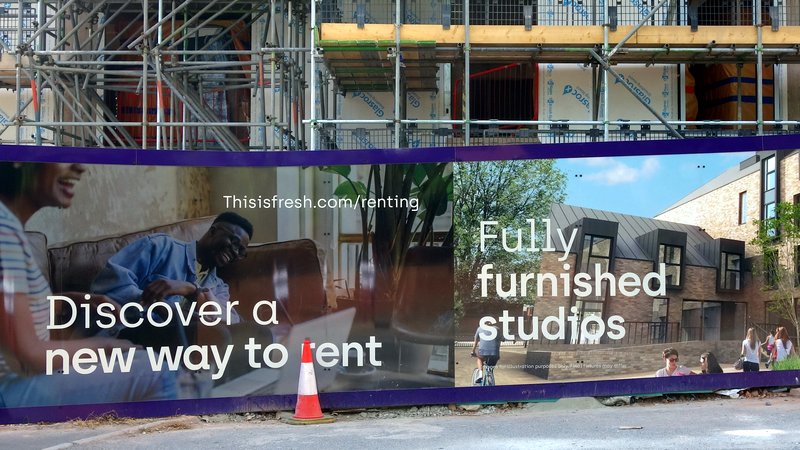 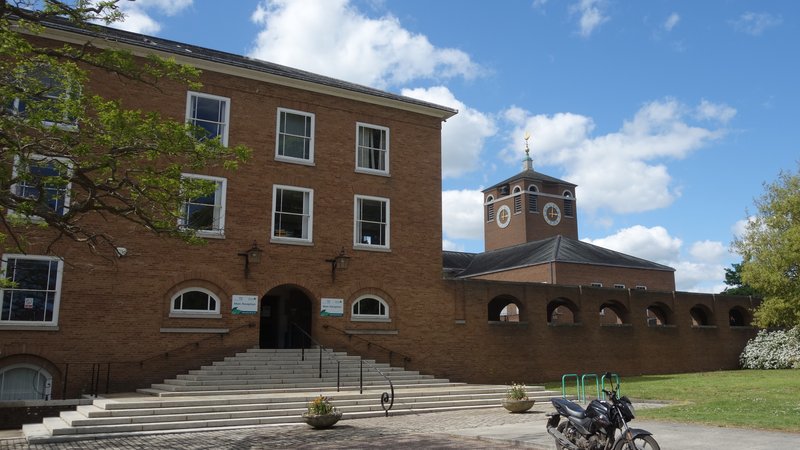 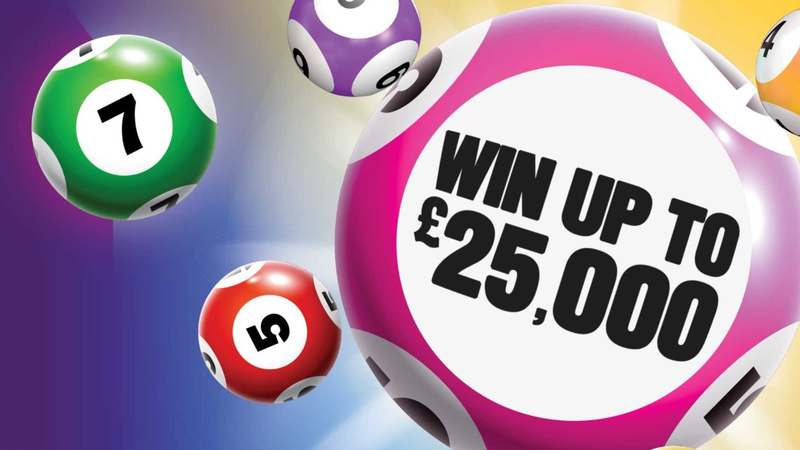 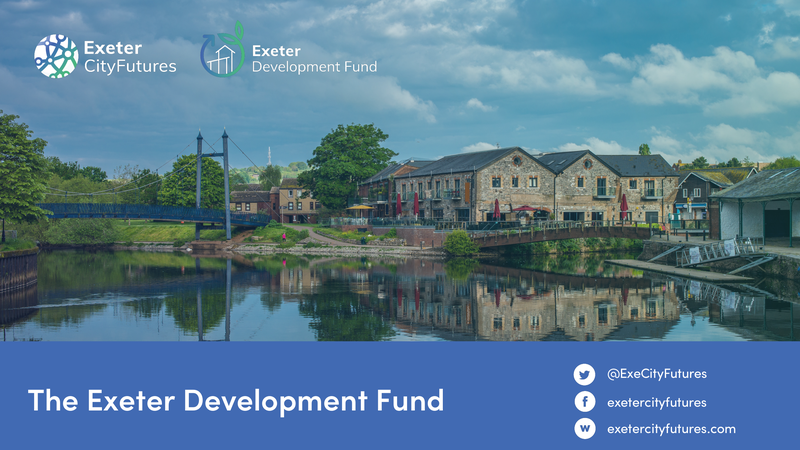 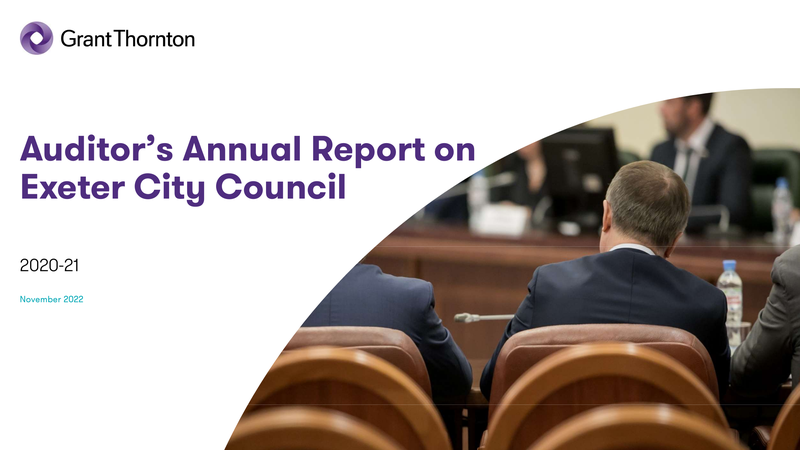 Missing business plan, lack of transparency and conflicts of interest among senior council directors prompt board resignations and governance review at council-owned and funded company. 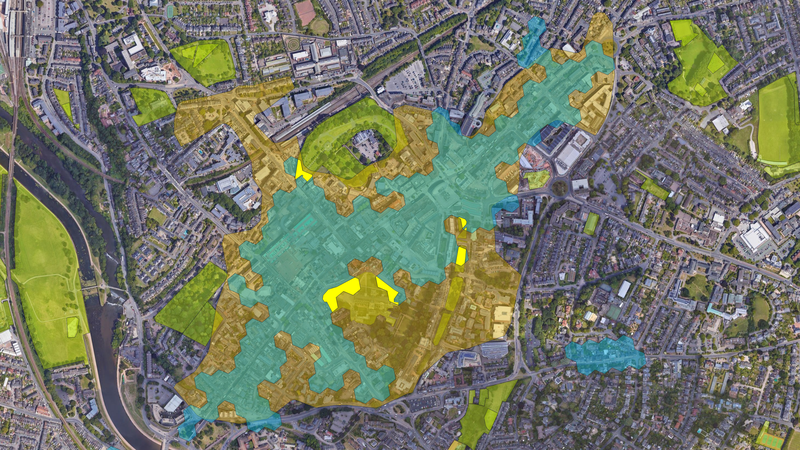